Oneida County is a large county in the Mohawk Valley region of Central New York. Agricultural land is dispersed throughout much of the county, but most is concentrated in the southern and western portions of the county.

Oneida County has a variety of surface topography. The northern sections of the county have high elevations (nearly reaching 1800 ft above mean sea level) and sandy soils that are associated with the Adirondack Highlands and the Tug Hill Uplands. An arm of the Erie Ontario lowlands cuts through northern Oneida County as part of the Black River Basin and is associated with a belt of high lime soils.

The southern portion of the county is part of the Appalachian Plateau, with elevations that increase to the highest point in the county at Tassel Hill, which is 1944 feet above mean sea level.

The combination of bedrock - limestones, sandstones, shales, conglomerates and some small amount of gneisses and quartzites in the northeastern portion of the county - and topography gives Oneida County a rich combination of soil types, with over 200 variants mapped. Most of the soils in Oneida County are silt loams, which have good water and nutrient holding capacity. They tend to be erodible so hillside fields are farmed in strips to prevent erosion.

The county enjoys a growing season ranging from 113 to 153 days, with the last frost generally coming between May 10th and May 30th and the first fall frost occurring between September 20th and October 10th. Most farmers in the area have escaped the drought that has stricken other areas of the country. We benefit from lake effect precipitation, with rainfall averaging about 45 inches per year and distributed throughout the growing season with dry conditions in the months of July and August.

The predominant agronomic crop is hay, with about 44,000 acres planted and about half of that acreage planted to an alfalfa/timothy mix. The next most common crop is corn (35,000 acres), about half of which is planted for silage and half for grain. A number of dairy producers continue to plant a nurse crop of oats when establishing a new hay seeding, some of which is chopped and put in silos and some combined for grain. A few crop producers plant winter wheat (2,000 acres) as a cash crop. In addition, a number of producers grow soybeans (6,000 acres) as part of their rotation to help control weeds and improve corn yields. 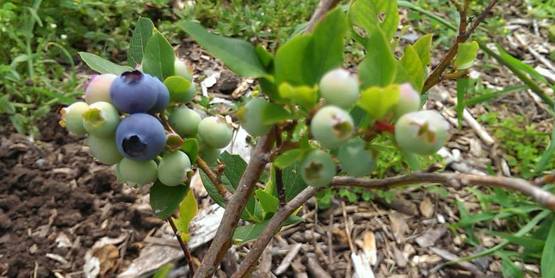